Wendell grew out of the Irish Music session scene in Nashville, TN. Members developed a friendship in the Music City pubs and soon decided to pool their various experiences to create something truly unique.

Singer/songwriter Patrick Martin spent his early years in rock bands. In 2007 he moved to Nashville and briefly had a stint as a songwriter on Music Row. He then spent several years as a touring side man, playing bass guitar for various Country acts. Always interested in Irish Music he took up the bouzouki, a natural transition from bass.

Sean Cunningham grew up in his father's pub in New York City. He learned to play tin whistle and flute in the basement, picking out old Pogues tunes but quickly discovered the amazing Irish session community and had the opportunity to be mentored by some of the finest Irish traditional musicians in New York. That led to touring the country with several Irish-rock bands before landing in Nashville and helping lead the session scene there.

Claire Shirey took up Irish Dance at the age of six. Soon her interests started to include multiple instruments. She began studying fiddle, concertina, flute, Bodhran and tin whistle. In 2012 she became a student teacher at Atlanta Irish Music School in Atlanta, GA. She now lives in Nashville, TN, where she teaches Irish music classes at her own school and tours as an in demand Feis musician.

Josh Jernigan has been a student of drums and percussion since age 9, or unofficially before then under the influence of his father's playing. He spent his life living between Nashville and Annapolis, MD until he eventually settled in Nashville during college and fell in as a drummer in the many genres of Middle Tennessee's music scene. He discovered the Bodhran and began voraciously attending any session he could.

Fiachra O’Regan grew up in Roundstone, Connemara. As a youngster he travelled the west of Ireland taking lessons on tin whistle and tenor banjo. This led to him taking up Uilleann Pipes as a teenager, an instrument that he immersed himself in. His credits now include Junior 1st place on Uilleann Pipes in the Oireachtas competition, Senior All Ireland Champion on whistle slow-airs, Uilleann Pipes and Uilleann Pipes Slow-Airs. In addition to lending his talents to Wendell, Fiachra tours with Quebec fiddle player Sophie Lavoie.

Together these musicians wanted to blend their various interests and experiences with their one common love, Irish Music. What resulted is an authentic, trans-Atlantic Irish-American music. Country, Americana and Irish Traditional music mingle in songs with themes like unrequited love, immigration and general frivolity. In addition to original songs Wendell offers up fresh reinterpretations of songs from the canon of Classic Country and Irish Pub songs. And of course, a fair serving of session tunes.

Lily of the West
The Wild Rover (Reprise) 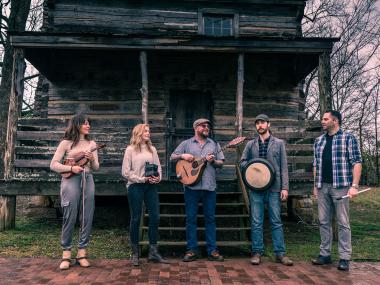 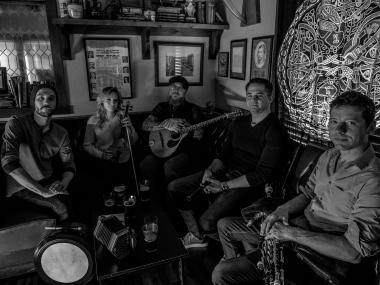 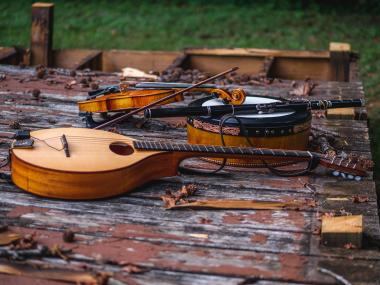 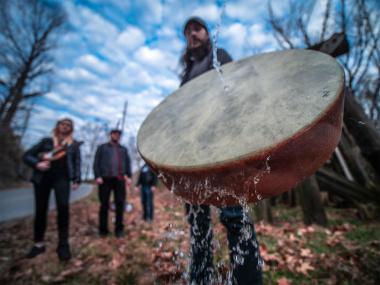 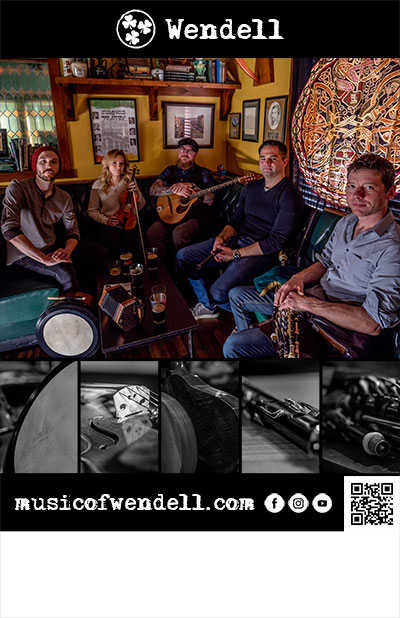